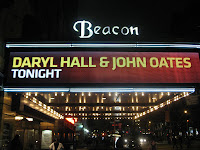 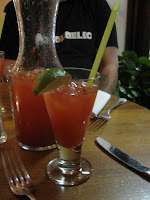 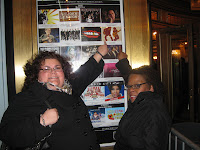 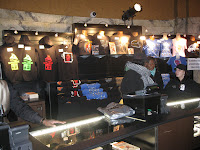 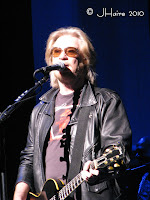 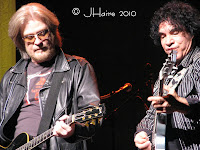 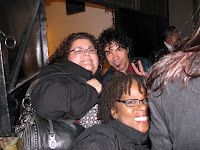 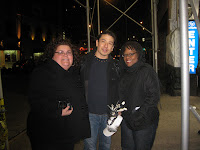 We left the car in the parking garage next door.  After the show it was swamped with people so we decided to wait before jamming in there.  You never know who you are gonna run into!  We chatted with some fellow fans and H&O staffers.  Once the parking garage had cleared out sufficiently we decided to go and get the car.  Even though we had held off we still waited for over 30 minutes for the car!  But it worked out great because I was able to get this great pic with Paul Pesco!  Merry Christmas to me!!
Posted by Kerri at 2:10 PM No comments: